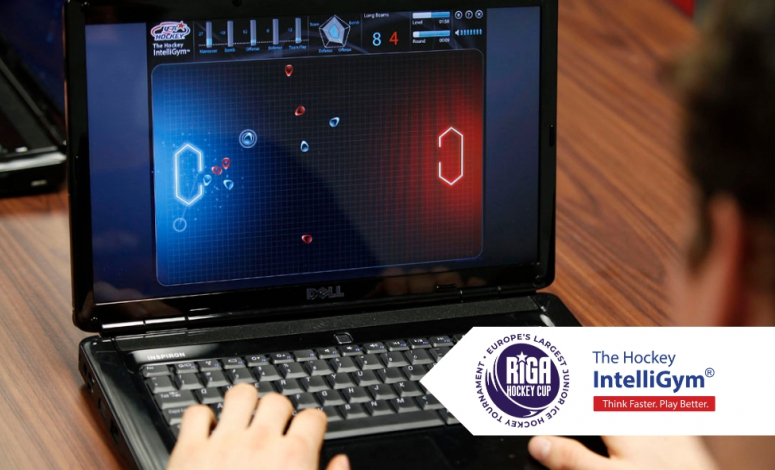 While preparing for the upcoming youth ice hockey tournament "Riga Hockey Cup," which annually in Riga gathers hundreds of hockey teams from all over the world, the organizers of tournament have concluded a collaboration with "The Hockey IntelliGym," which offers a cognitive training program for hockey players to improve hockey IQ and performance on the ice, including reducing injury risk.

The cognitive training program has been developed based on over 15 years of scientifically proven research and highlights two main components - the ability to avoid injuries and improve the athlete's performance. Most hockey injuries occur as a result of unexpected impacts. A study conducted at the University of Delaware and presented at the Mayo Clinic Ice Hockey Concussion Summit showed that IntelliGym users experienced a significant reduction in head concussions compared to a group of athletes who have not used it. Another study by USA Hockey and IntelliGym, presented at the IIHF International Youth Coaching Symposium during the Ice Hockey World Championships in Helsinki, Finland, showed a 15% reduction in on-ice injuries and a 28% reduction in head injuries for the USA Hockey National Team. The Hockey IntelliGym's training tools help hockey players improve their athletic performance, using customizable sports tasks that simulate elements of the actual game. After using the program, an increase of up to 30% was observed in the statistics of the players in the goals scored and the passes made accurately.

“IntelliGym Labs” Marketing and Partnerships Associate Aaron Croitoru comments program: “This scientifically-proven training platform boosts players' performance and takes them to the next level of gameplay, focusing on their cognitive skills and reaction times. Players and coaches will see noticeable improvements in their on-ice performance in as little as six weeks after starting the training. We recommend using the patented software twice weekly; each session takes about 25 minutes.”

Thanks to the started collaboration, hockey players, teams and coaches will be able to get "The Hockey IntelliGym" program with 20% discount by using code RHC23, as well as by participating in marketing activities, they will have the opportunity to win a free license for the program.

"Riga Hockey Cup" general manager Jānis Jansons commented about collaboration: "We are satisfied with this opportunity to contribute to the development of youth hockey and, using solutions created by modern technology based on scientific research, to offer tournament participants the chance to improve their performance, develop hockey IQ and reduce injuries, which will be a great investment for the future growth of the young hockey player."

A review of the program by Matthew Nieto of the National Hockey League's San Jose Sharks is available on the company's “The Hockey IntelliGym” website: “At the NTDP, we were the first team to use this program. We used the IntelliGym a few sessions a week, and I immediately began to notice improvements in my game. I was making smart and quick decisions on the ice. I’ll try anything if it helps improve my game, and it certainly did.”